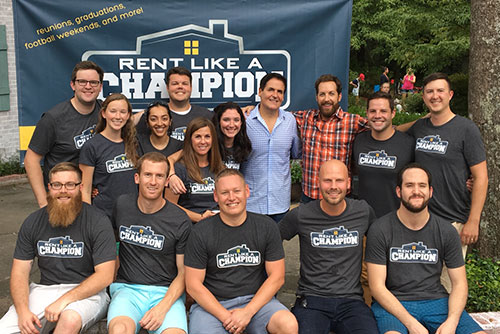 Rent Like A Champion started in 2006 as a student housing company – much different than what the company is today! The original founders (Drew, Derrick, and Jordan) listed a vacant apartment on Craigslist and eBay, offering it as a weekend rental for football games. The home was immediately scooped up by rabid Notre Dame fans, and just like that, RLAC had stumbled onto a new business model.

After graduating from 1871, Chicago’s hub for digital startups, Mike and the team moved into Catapult Chicago, an incubator for startups that are scaling quickly. The Rent Like A Champion team is made up of rabid college football fans with a passion for providing a high-level of customer service to make sure that their customers have the best college football experience possible.

Learn more about renting a home, listing your home or working with Rent Like A Champion!